Our party was advertised not only in the EPFL robotics newsletter, but in the Ecublens Infos paper and on the 'lit up' signs of Ecublens!

It was a lot of fun!

We were very glad that not only the Ecublens president of their conseil communale joined us for the event, but also our original sponsor for the space in Renens! =) 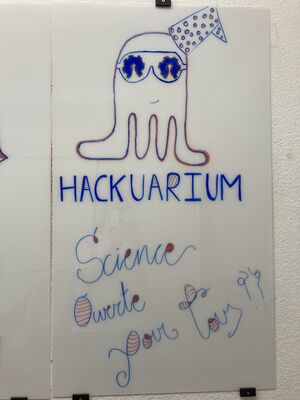 one of the art panels drawn by Esther and Friends for the party!